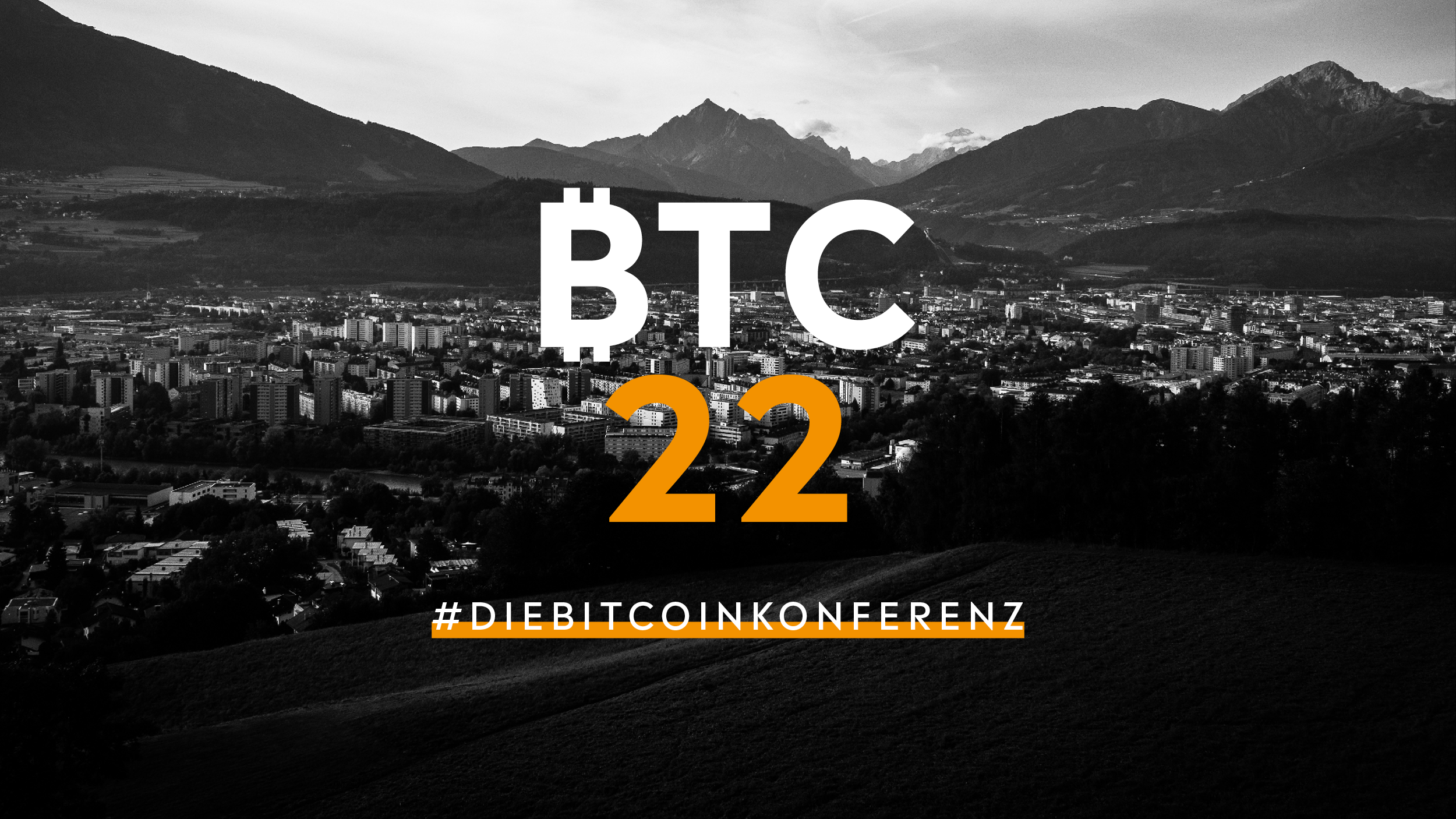 BTC22 will take place from 15 – 17 September 2022 in Innsbruck and will be the largest German-speaking Bitcoin Conference with up to 1,400 participants from Germany, Austria, Switzerland, Liechtenstein, and South Tyrol. A Bitcoin-only congress, aimed at both, newcomers and experienced Bitcoiners. It will be an exciting mix of lectures and panel discussions, mostly in German and with the highest level of content.

On Thursday, 15 September, the conference will start with an Industry Day, which is specifically designed for companies such as financial institutions, the energy industry, and developers.

The main conference will take place on Friday and Saturday 16-17 September. All the big names from the German-speaking Bitcoin scene will be there, e.g. Roman der Blocktrainer (YouTube channel), Philipp Sandner (Head of Frankfurt School Blockchain Center), Ijoma Mangold (weekly newspaper “Die Zeit”) and Rahim Taghizadegan (scholarium – Austrian School). As a highlight, international stars such as Maria Luisa Hayem (Minister of Economics of El Salavdor) and Jimmy Song (author and Bitcoin developer) will also be live on stage in Innsbruck.

The detailed program and more information can be found at https://bconf.de/.