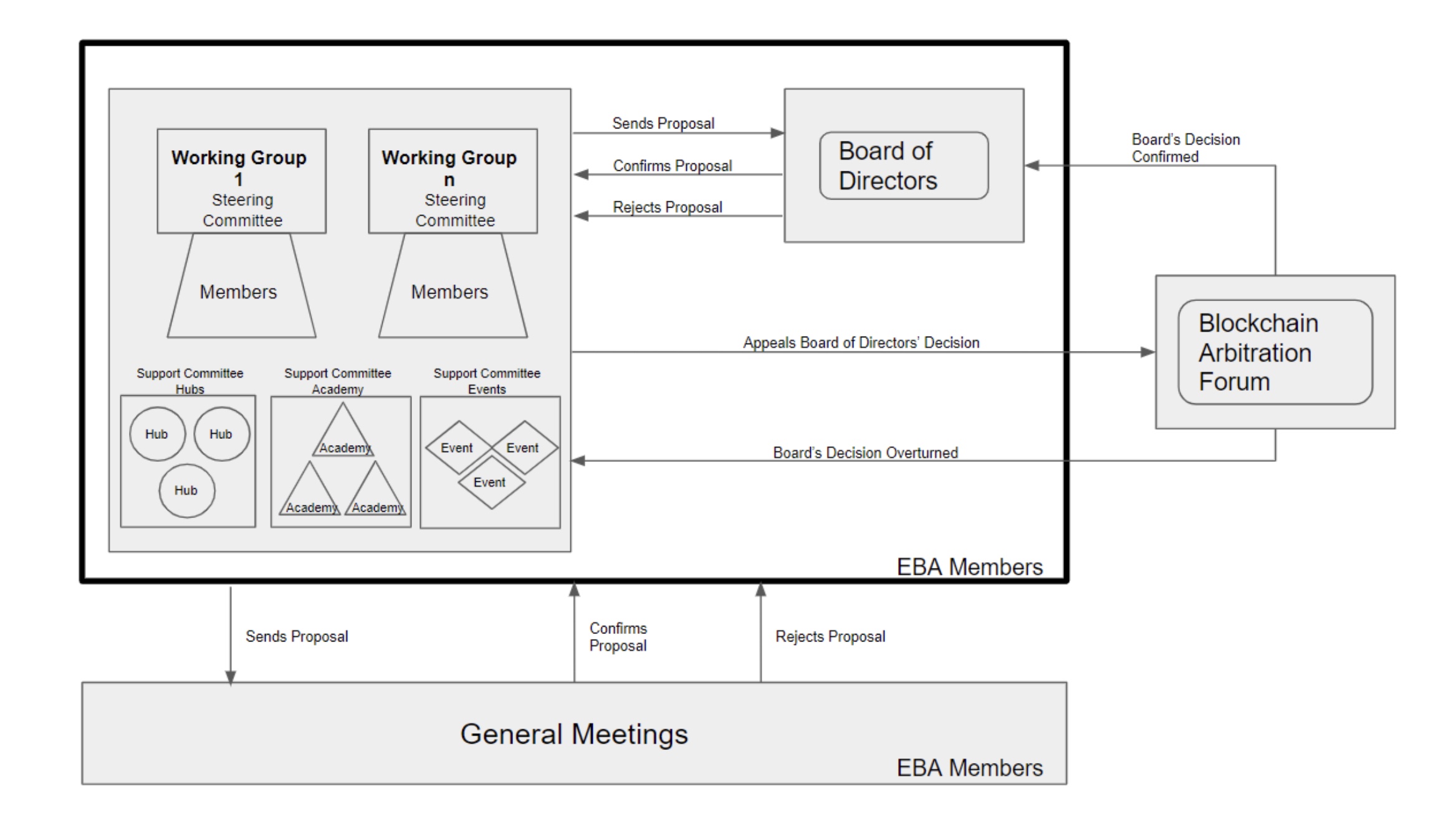 Governance of decentralized systems is a matter of numerous debates in technological, as well as political and sociological circles. For the European Blockchain Association EBA, we have created a comprehensive governance model, based on existing, widely accepted regulatory frameworks, such as Eclipse, or Apache, as well as based on our practical experiences creating and working with blockchain networks.

Our governance model specifically addresses the needs of our organisation which is designed as a decentralized semi-autonomous system DSAO: starting as an association (legal entity) based out of Germany, EBA is set to incentivize all members in a way that no central incentive will be needed to run and bring the organisation forward. A token-based incentive scheme is used to reward members for adding value to the organisation.

Finally, the EBA governance model has been designed in accordance with other existing and widely accepted regulatory frameworks, such as Eclipse and Apache, in order to facilitate the acceptance with potential members.

These three key principles, the ability of self-regulation, being based on accepted regulatory frameworks, and the integrated incentive scheme, should constitute a sound basis for a successfull start of our decentralized semi-autonomous organisation.