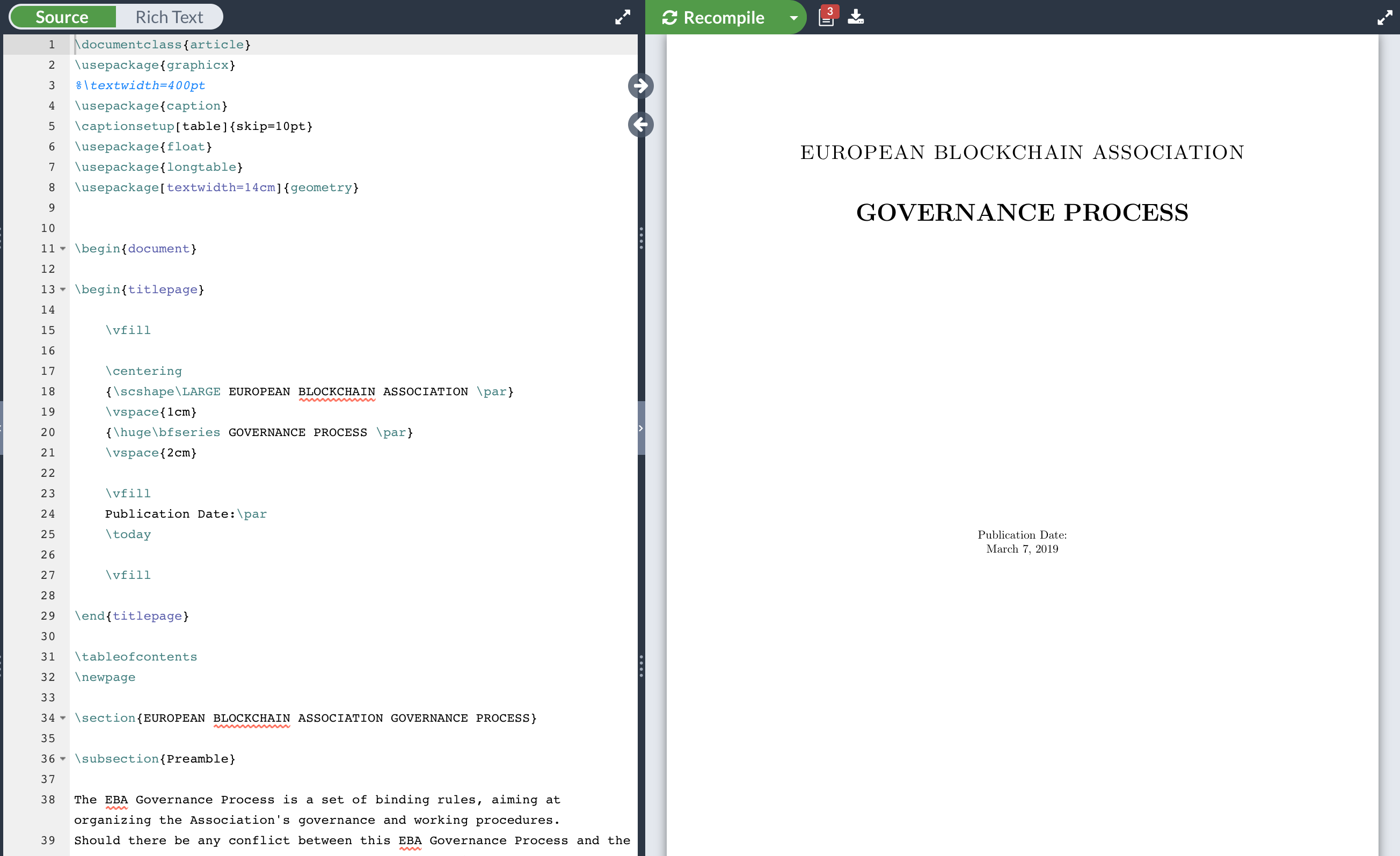 Code is Not Law But it Can Be Governance

The European Blockchain Association governance framework has been getting a fair amount of attention in legal and industry circles lately. We’ve been working hard on operationalizing the governance in practice and outlining the practical steps everyday people need to take officially become EBA members and even contribute to our governance.

After the signing of the american constitution, it is said that someone asked Benjamin Franklin what type of government they would have. He responded, “A republic if you can keep it”. What he meant is that governance is not a static thing written in stone, but rather a living set of procedures, checks, and balances, intended to allow a group of people to address unforeseen circumstances going forward into an indefinite future.

The governance of the EBA is not unlike traditional governance frameworks in this regard. The governance that the EBA founding members have drafted is intended to change over time. The unanswered question however up until now was, “How will it change?”

Today we can answer that question. We’ve converted the original plain text of the EBA governance document and membership forms into code which itself outputs a beautifully typeset final document in .pdf format. We’re using LaTeX, the de facto standard for the communication and publication of scientific documents. By writing our governance as LaTeX code we are able to ensure a single always up-to-date version is available to everyone. Feel free to check out the code here.

Furthermore, we’re handling the governance as we would handle any open source codebase. We’ve put it under git version control which will allow vast numbers of people to contribute in a highly organized and transparent manner. In the coming weeks, we’ll be publishing guidelines outlining the user journey for EBA members. We’re also working on a detailed description of the technical steps EBA Members need to take in order to get access to our organization and submission guidelines for EBA Governance Improvement Proposals via pull request.

Additionally, we’ll be publishing procedural guidance on how to form working groups and extra working group entities. Further procedural guidance will include how to set up teams within the organization in order to collaborate on the code and non-code outputs of those groups. Keep an eye on our wiki as we plan to repurpose it for organizing all of the operational guidance built on top of the EBA governance.