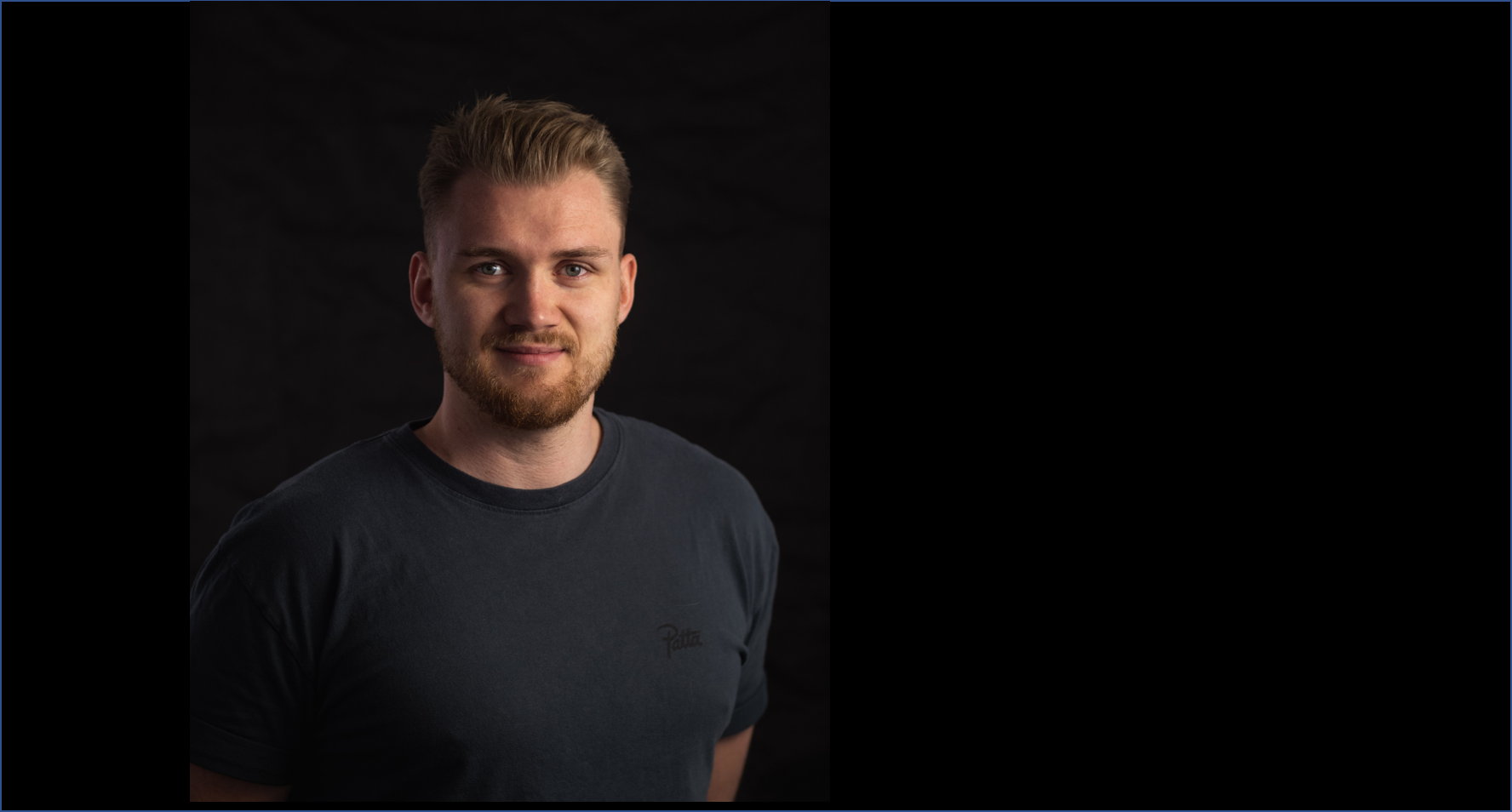 European Perspectives: What’s at stake for the staking industry?

When old laws are applied to new technology, it can negatively affect the future of a whole industry. This is even more true, when the national regulation limits the competitiveness of companies operating primarily on a global stage. Right now, this is happening in the staking-infrastructure industry, where laws developed for centralized systems are applied to decentralized networks. Whether it is about voting rights or VAT, the industry is regulated by laws that don’t always make sense for this new technological ecosystem. We talked with Julius Schmidt, CFO and Co-Founder of Staking Facilities and Chair of the EBA Proof of Stake Working Group about what is at stake for the staking industry.

Julius, before we dive deeper into the current issues, could you explain shortly, what Proof of Stake is and what Staking Facilities does?

In very general terms, Proof of Stake (PoS) is a next-generation blockchain technology that removes some of the shortcomings  of so-called “Proof of Work” blockchains such as Bitcoin which, due to the way they agree on transactions, have notoriously high energy consumption. The second largest Blockchain, Ethereum, is currently transitioning from PoW to PoS. In a PoS Blockchain, special nodes called validators are responsible for the provision of infrastructure as well as proposing and validating new blocks and appending them to the blockchain. Staking Facilities is an infrastructure provider for various projects on the web3 tech stack and a validator for PoS blockchains. Hence, together with other validators, we ensure the blockchains’ security by monitoring its accuracy, establishing validity, guaranteeing availability, and provisioning the infrastructure for it to run on.

Why did you decide to become a member of the EBA?

In a young industry like ours, we often operate in unchartered territory. Standards, rules, and regulations still need to be defined. We feel it is important to work cross-industry on these topics to close the gap between technology and regulation. Also, coopetition and joining forces are inherent principles to decentralised systems, so joining the EBA and working closely with other entities was simply a natural move for us.

At the EBA, you are engaged in the EUPoS Working Group. What are the goals of the group?

In 2020, it became very clear to us that the current regulation is addressing the wrong issues and that this could in the worst case actually endanger the security of our systems. We acknowledge that many regulators have good intentions but see that there is a lack of understanding of these decentralized systems. Therefore, one important goal of the EUPoS working group is to assist regulators in understanding the core values and processes of this new technology. By doing so, we hope to provide the path for thoughtful regulation. The Staking Working Group Position Paper for example was one first step to give players in the staking infrastructure industry  a trusted knowledge base and playbook, which they can use when approaching and communicating with regulators. A long term goal is to help anyone in the industry to make arguments for regulation which at a minimum doesn’t hurt the competitiveness of european validators and prevent the implementation of regulation which would hurt the industry and endanger the innovations that DLT can bring to the European population.

What are the pressing issues the Working Group is dealing with right now?

Right now, our two most pressing issues are the definition of “voting” and the application of value added tax (VAT) in regulation of the staking infrastructure world. In some PoS networks validators can act as a technical representative and vote on behalf of their clients on issues regarding the development and governance of the network and the ecosystem, i.e. software updates or the implementation of regulations. In some PoS systems, the network token grants its owner the right to participate in the above mentioned network decisions. The German Federal Financial Supervisory Authority, BAFIN, expressed its opinion to one of the EBA members that these votes could fall into administration of crypto assets in its broadest sense. As a result staking infrastructure providers would need a respective, quite expensive, “crypto custody” banking licence to be able to vote.

For one thing, this comparison is not accurate. In PoS networks voting rights are separate from custody rights, but most importantly our services are at its core technical and not financial. We provide infrastructure. If you compare a PoS network to a bar that serves drinks in glasses that are charged with a deposit, we as staking infrastructure providers handle the deposit system, we don’t run the finances. But secondly, this regulation endangers the functioning of the system and limits the services of staking infrastructure providers. If staking infrastructure providers cannot afford the licence, they cannot vote. If many validators in the network can’t vote, it may lead to situations where critical updates cannot be made because there are not enough votes. It also puts more of these votes which are often very technical in nature in the hands of people who may or may not have the technical background to deliver opinions with an adequate depth of knowledge. Delegated voting is intended to empower non-technical users to delegate their voting power to a third party like a validator who is a technical expert on the topic. This ultimately creates the positive effect that validators compete for the trust of their delegators. In general, the security in decentralized networks increases with the number of participants. So, it must be our goal to encourage participation and enable voting for as many validators as possible. The need for a licence, however, promotes centralization and limitation to few powerful validators. The current regulatory opinion could ultimately have the opposite effect of what BAFIN intended: instead of protecting the customers funds it could put them at risk.

As for the VAT issue, we face a fundamental problem: pseudonymity in permissionless networks plus a global economy. We know which of our customers makes which transaction, but we don’t know and cannot know the identity or the location of our customers. We simply can’t say which tax regulation would apply to which customer. This is exactly what is intended in these permissionless networks. The reason, once again, is that this permissionless approach heightens the security of the network. However, to be able to vote, you need tokens and tokens can only be acquired through strictly regulated exchanges. So there is regulation in place already. Staking infrastructure providers are simply not the right place in the ecosystem to apply KYC regulations. But the most important issue is: national regulation in an international market poses a high risk for the competitiveness of local providers. If German staking infrastructure providers have to pay 19 percent VAT, they can simply not compete with providers from Malta or Liechtenstein, where tax regulations are very crypto friendly.

Why is it important that regulators act on these topics fast?

It is still early days for the blockchain ecosystem. I think it is important that we get the basics right to enable growth and further development. If regulations are unclear or unsuitable it endangers the very basis of blockchain technologies. As long as there is uncertainty and doubt, market participants are slowed down. If the European Union wants to take leadership in the blockchain and crypto space, we need clarity and a regulation that supports growth and encourages the market to seek new opportunities.

What would happen, if the regulations are not being adapted and what would it mean in a European context?

If the regulators insist that staking infrastructure providers need a banking licence and pay VAT, it poses a clear competitive disadvantage and makes Germany unattractive as a business location. As much as all of the providers in the EBA working group like to stay in Germany – and pay taxes here – our business is rather location independent. The worst-case scenario would be, that many providers relocate. In a European context this would simply lead to a concentration of providers in countries with regulations that allow better competitiveness. It is important to understand that German or European validators or node operators ultimately provide control and security for decentralised networks in Europe. If no or only a few strictly regulated German/European validators secure those decentralised networks, we as Germans/Europeans have no control over these networks.

What would be the best solution in your opinion?

To be clear, we are not against regulation and welcome strong governance. We just want to prevent regulations that could harm our customers instead of protecting them. In general I would opt for a sandbox framework, where – rather than applying existing laws – new regulations are developed in an iterative way to best fit the market and the technology. As for the voting issue, I see two options.

Option 1: Certain regulations should only apply to providers above a certain size to enable smaller players to participate and allow for a large, secure network.

Option 2: Instead of a financial licence, we rather need a technical certification, e.g. something like the ISO standards. This could be a voluntary certificate which gives the certificate holder attractive advantages and could act as a quality assurance to customers.

As for the VAT issue, we simply need a fair European, or even better, global solution that treats all countries the same. One way could be to apply the tax laws at the user’s end or develop new crypto-friendly tax laws.