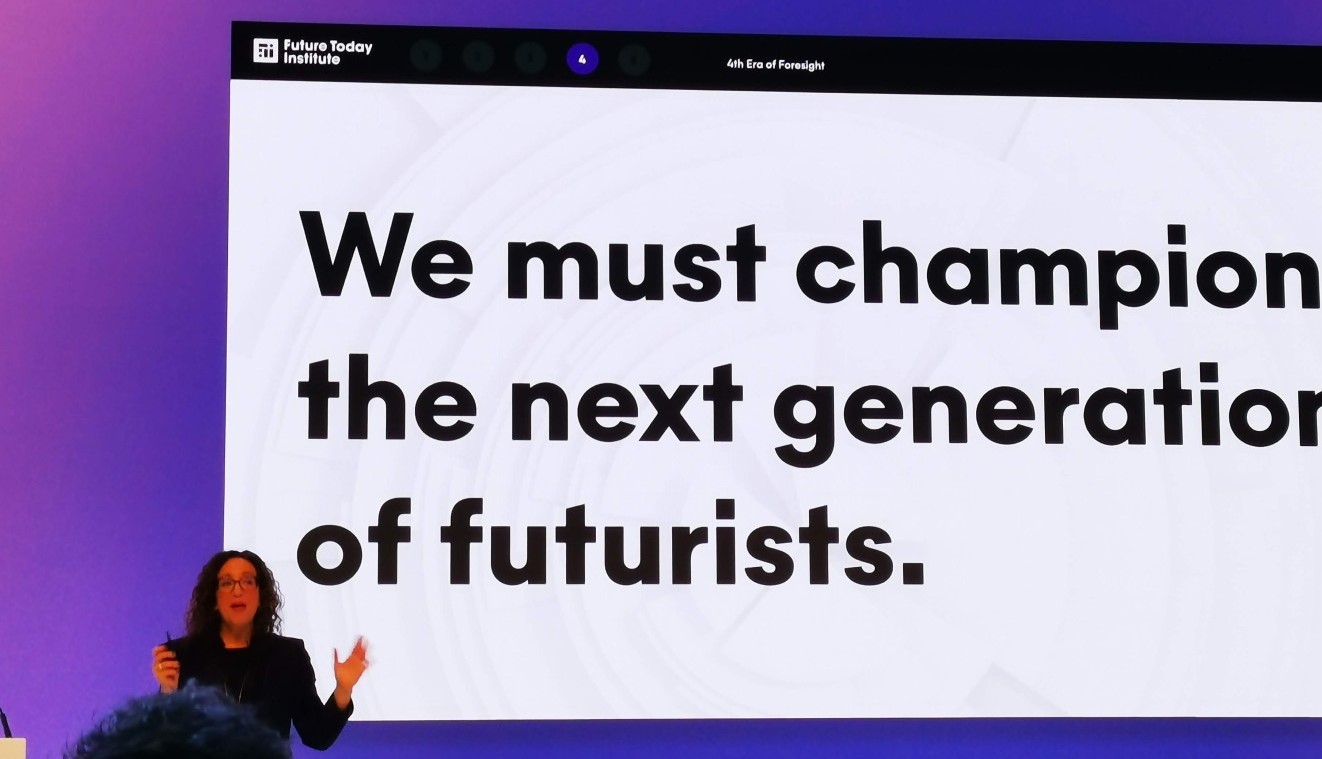 Impressions from the Dubai Future Forum

It is seen as “The world’s largest gathering of futurists“. Clearly an event, our chairman Dr. Michael Gebert would not want to miss! From meeting personal heroes like Michio Kaku, Ph.D, to finding new perspectives, and contemplating what should be improved for the next event – here are his personal impressions and thoughts on the Dubai Future Forum.

The Dubai Future Forum, was an insightful event that left me with many takeaways. The first takeaway is the importance of future foresight. Amy Webb, a renowned futurist, spoke about how future foresight needs to evolve. She explained that the current climate emergency proves that current methods do not have the impact they should be having. Webb stressed that we need to focus on a 10-year outlook instead of a 2-year horizon in order to build the future we want. This was an eye-opening perspective and one that I will keep in mind as I think about the future.

Another takeaway from the event is related to governance and protecting future generations. Sophie Howe, Wales’ Commissioner for Future Generations, spoke about her mandate, which is focused on guarding the interests of future generations as decisions are being made today. I was impressed by this concept and would like to see more nations dedicate someone specifically to this role. Too often, decisions are made with short-term gains in mind without considering long-term consequences or harm that may be caused down the road.

In the past, futurists could only talk with people who thought as they did in their own countries. However, the internet has changed all that by providing a global platform for sharing and connecting with others. This was evident at this highly inspirational Futurist Event, which saw participants from all over the world come together to discuss and learn about the latest trends and developments in their field.

One of the many event highlights was also the keynote speech from leading futurist Dr. Michio Kaku, Ph.D. who spoke about some of the major challenges facing humanity in the 21st century. The future is something that we all have to think about at some point in our lives. Whether it’s planning for our retirement, saving for our children’s education, or simply trying to figure out what we want to do with the rest of our lives, the future is always on our minds. Jake Dunagan felt that part of the solution to making sure that people are prepared for the future is to make it experiential. He shared the story of how a pop-up campaign with dirty drinking water really got people thinking about the direct impact climate change will have on their lives.

The main challenge in this forum was that no session presented practical and plausible actions, or ‘Best Practices‘ to better manage future foresight. Nevertheless, this is the first edition of the forum, and I am confident that DUBAI FUTURE FOUNDATION will address this, as they have already requested feedback in preparation for next year’s edition, which is very promising.

The UAE has long been an advocate of innovation, and this was on full display also at the recent World Government Summit. One of the most inspiring sessions was led by Ohood Khalfan Al Roumi, who spoke about the need for legal frameworks to become more agile and flexible in order to foster a culture of experimentation. It was clear that she believed strongly in the power of innovation to transform societies for the better.

One of my highlights was the panel on “Will the future of regulation be private sector driven?” Blaž Golob and other experts noted that many governments still don’t have a good understanding of how and when to engage with the private sector. Over-regulation can kill innovation, but late regulation also puts citizens at risk. As a positivist, I do believe that both governments and businesses have good intentions when it comes to promoting innovation, but they often speak different languages. Innovation ecosystems act as a potential solution to this problem, as ecosystem builders can serve as mediators between government and business. They can most effectively facilitate the co-creation of rules between the government and the business sector.

The value of our knowledge multiplies when we share what we know with others, and I consider co-creation to be the future; a most fruitful and prosperous outlook built by the government, the private sector, academia, and citizens alike.

Overall, it was an extremely informative and inspiring event that demonstrated just how connected we are as world citizens and futurists despite being based in different parts of the world. It is events like this that will help us continue to push boundaries and make progress toward achieving our long-term goals.